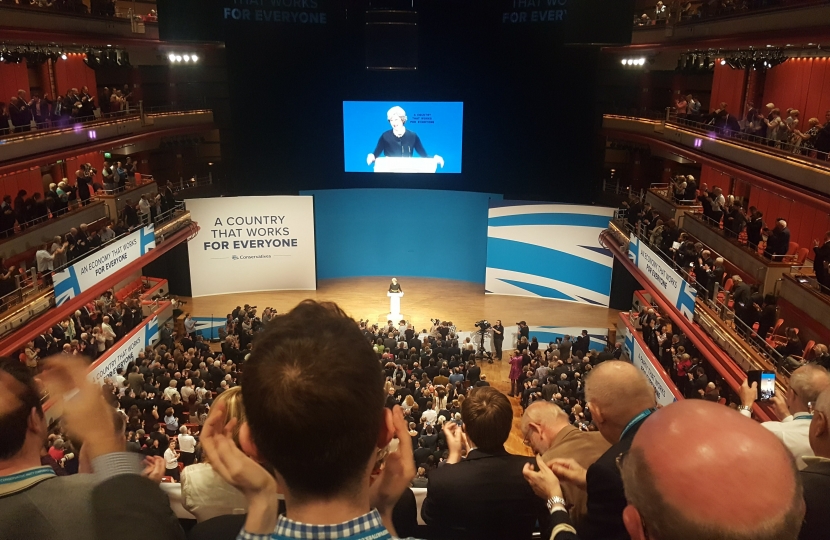 Theresa May set out her stall for the Brexit process.

There will not be constant 'blow-by-blow' coverage of the negotiation as 'you don't show the other side your bottom line'.

She had been talking to a lot of party members and other electors and it was clear to her that people just want to get on with it.

The Prime Minister was unequivocal in saying that Article 50 will be triggered by the end of March, to give us enough time to work out a comprehensive negotiation strategy.

Speeches were given by various other local and national politicians.

Priti Patel, Secretary of State for International Development, delivered an interesting speech on how we need to 'follow the money' and make sure it is wisely spent in our best interests.