Conservatives look to support areas with high levels of migration 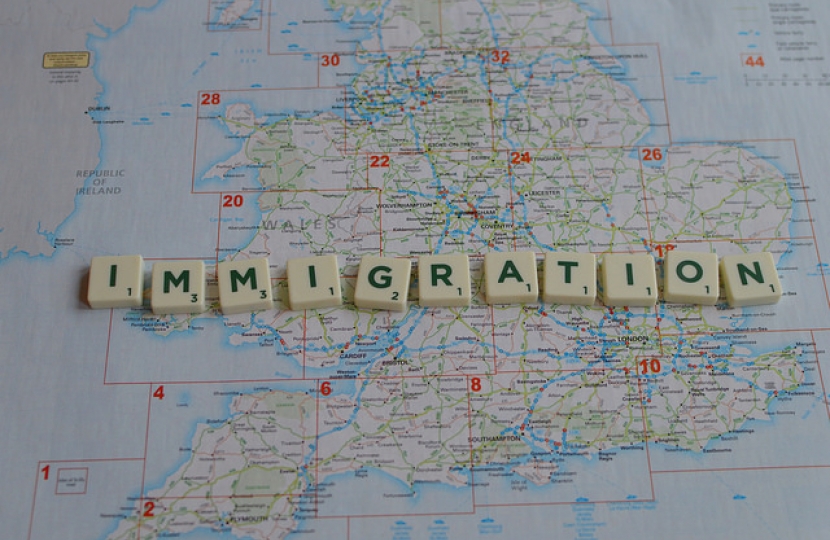 Boston and Skegness MP Matt Warman has called on the Immigration Minister to introduce better ways of measuring migration numbers, especially in areas which have seen unusual concentrations of immigration.

During a Question in the Commons on the number of National Insurance numbers issued to EU migrants, Matt pointed out the pitfalls of using NI numbers to track migration, but highlighted the need for a better system to measure migration patterns. This would allow local areas to make adequate plans for the use of public services.

Immigration Minister James Brokenshire MP agreed with Matt, and acknowledged the pressures that some areas have faced as a consequences of migration. He added, “(This) is why we are seeking to introduce the Controlling Migration fund, which will assist areas that are experiencing that growth in population linked to migration.”

Matt commented after the session, “There is no doubt that migration has put pressure on public services in many areas of the UK, especially Boston, so I think it is very important that we have a better system of tracking immigration patterns, to enable councils to have a better idea of local population numbers and how this will impact upon schools, hospitals, roads and other services. I will also be pressing the Minister for more information about the Controlling Migration fund, and how we might be able to take advantage of it locally.”