Cutting the cake at Blackfriar's 50th. 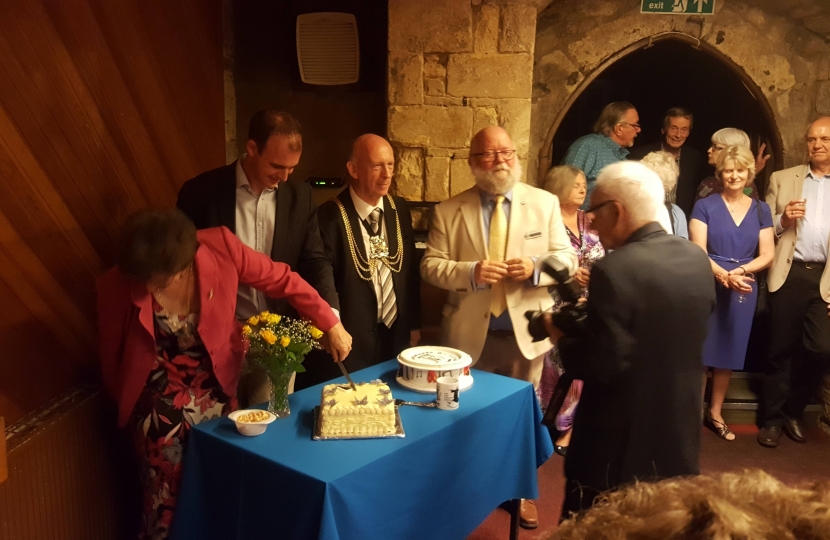 Also pictured around the table is Mrs. Woodliffe, the mayors consort, and Stuart Bull, Chairman of Blackfriars.

An open evening was enjoyed by many who attended.

The theatre presented a large display, that showed the history of the theatre from it's beginnings as a priory, and latterly the garage of Fydell House warden, Alan Champion. Alan and his wife set to turning the premises into a theatre and formally started the charity 50 years' ago.