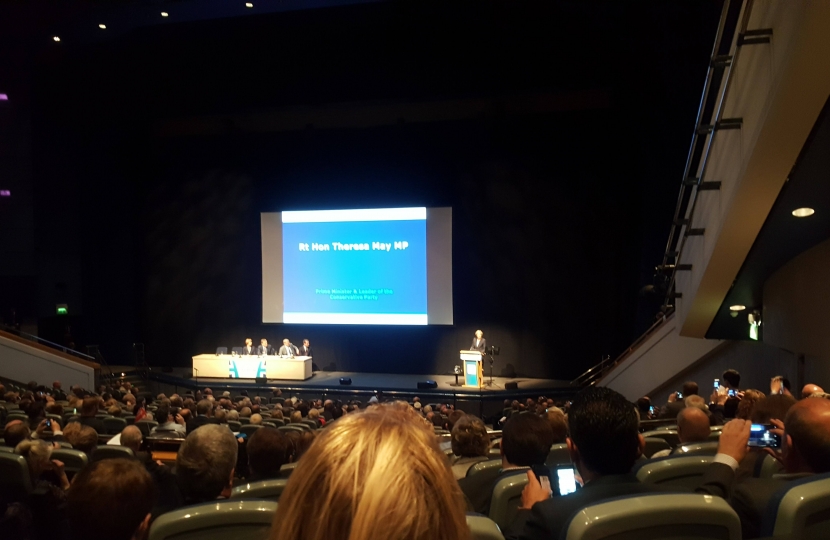 At the national convention the Prime Minister gate an address and took questions.

On an early election she said:

Various other questions were asked including on international free-trade:

"We're limited as to what we can do whilst we are still in the EU, but we're already talking about what we'd like to do in future."

She mentioned that discussions were being had with the US, Mexico and India about potential future trade deals.