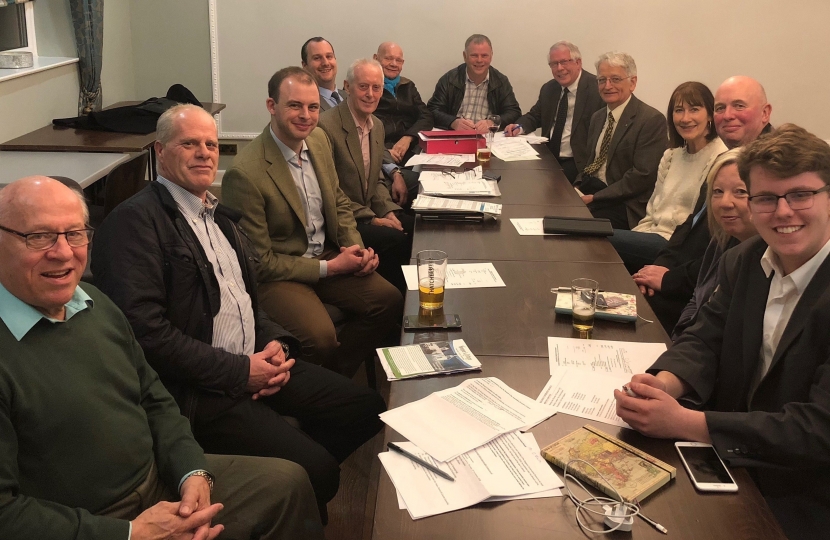 This was highlighted by Cllr Steve Kirk, chairman of Skegness Conservative Branch at its AGM at the Vine Hotel, Skegness.

He reported that, thanks to a lot of hard work from branch members, the Lincolnshire County Council elections had been a huge success for the Conservatives. With the exception of just a handful of seats the whole of Lincolnshire had turned blue.

This had been followed by the General Election when again branch members had helped Matt Warman “romp home with a massive majority”, more than 16,500 votes ahead of his nearest opposition,” said Cllr Kirk.

Nationally, though, a poor campaign had seen the Conservatives’ majority in the House of Commons disappear.

“Campaigning has moved on a long way in recent years,” said Cllr Kirk. “Perhaps finally now the national party recognises the power of social media as a positive tool.”

“Looking ahead we cannot rest on our laurels. We now have to prepare for the Skegness Town Council and East Lindsey District Council elections where again, based on the continuing hard work of Conservative councillors over four years, we should be able to put up a very good show.”