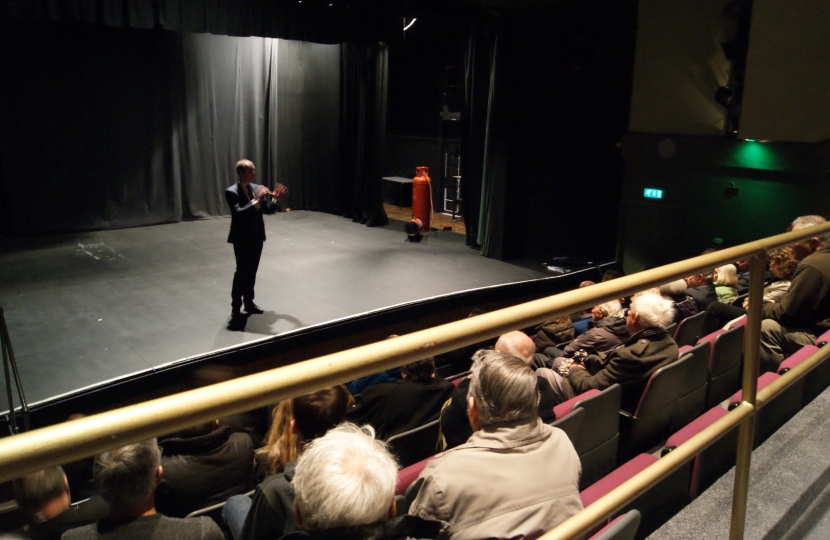 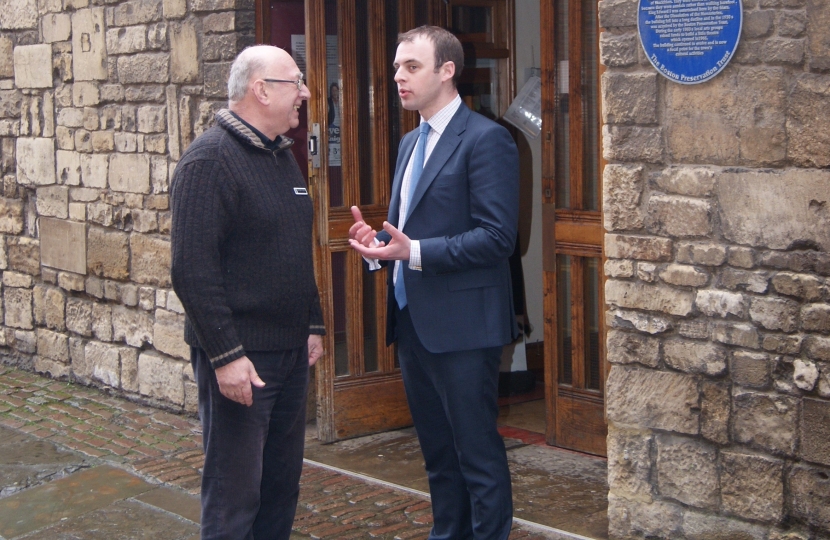 To a crowd of 58, Matt Warman MP held out to intense scrutiny.

He first introduced the topic with a summary that, of the people attending, 40% were out, 40% were undecided and only 20% were in. The introduction also included a description of what would happen should we vote to leave; in that we would activate 'Article 50'. This would lead to an intense period of renegotiation lasting 2 years, which could be extended.

It has taken Switzerland, a much simpler and smaller economy, 9 years to negotiate a trade deal, and on that basis, Mr. Warman was unconvinced any meaningful relationship could be negotiated with the EU within a 2 year time-frame, later adding that his fears were that such a long period of uncertainty could have a profound impact on those in their late teens and early twenties.

There were many questions from the floor. Questioning opened with a local gentleman asking the following about ministers having restricted access to information: "We're not getting a balanced debate in the media ... Cameron has suppressed information... Why is it we cannot have a balanced debate?"

This is referring to the headlines that information is being controlled by the Government, but Matt responded that "There is a government position, we cannot have government ministers using their office to work against government policy." This means the civil service have taken a position as an organisation, to back the remain campaign after the balance of competentencies review, finished a few years' ago, clearly evidenced the total legislative scale of Brexit and evidenced that Britain's legislative timetable would be paralysed for years to come as bits of legislation come back from Brussels.

There are those that feel there are other, fairly huge and influential organisations, that have backed a Brexit Campaign. For instance the largely offshore owned press has heaped scorn on the EU for years, starting with the famous Sun headline in 1990 "Up Yours Delors!" and which continues to this day. Boris used to be The Telegraph's Anti-EU Correspondent, a period of his history which has left a tarnish on any potential reputation for honesty. As James Lansdale wrote at the time "Boris told such dreadful lies, it made one gasp and stretch one's eyes."

On questions about TTIP, the new deal between the EU and the USA, and the related headlines about TTIP forcing privatisation of the NHS, Matt had this to say: "Classic example of an enormous PR disaster ... There is a specific carve out, which says: 'American companies will not be able to sue the NHS for not getting a contract'." He expanded on this to try to reassure those gathered that the NHS is to be protected from TTIP, ending with "We've got to make sure there are adequate safeguards in there."

There was a clear divide between those who were there to ask questions and those who were there to make points and the two camps fell out at approximately the halfway point and the meeting would have descended into disarray were it not for Matt calling for order and bringing the room back to a reasonable position. This did not happen in the Skegness meeting last week, which was a more civilised affair.

Questioning eventually turned to confusion around the party line, "How can you disagree within the party?" To which Matt responded "I've not got a problem with freedom of thought, myself and John [Hayes] agree on a lot more than we disagree on." This comment came from a question which talked about the divide in opinion between the party. Readers of this site will understand that a mature party is a group of people who broadly agree on most things, but are comfortable to disagree with each other.

Matt rounded up by, in reference to EU red tape, saying "I would rather be on the inside battling for Britain than on the outside being subjected to it."