Councillor Anton Dani was appointed Mayor of Boston on Monday 20 May 2019.

Anton was Boston’s 485th Mayor and, so far as anyone knows, was the first Mayor of Boston not to have been born British.

The Mayor has been British for the past 20 years and is fiercely protective of his status, both as a Brit and a Bostonian, but he was born in Casablanca, Morocco, and grew up in France from around the age of eight.

The Mayor arrived in the UK in 1995 and now lives in Boston and represents Fenside Ward as a Conservative Councillor.

Cllr Dani was educated in France where he studied law and economics with a view to becoming a solicitor. He first came to England when he visited London on holiday and enrolled in a business school as part of his economics studies.

The Mayor has had a varied career including the manufacturing of plastic bags in Iceland, and taxi driving in Boston but predominantly within the hospitality and catering industry, overseas and in London. He opened his own business, Café de Paris, in Bridge Street, Boston.

Elected in May 2015, Cllr Dani is a member of the Corporate and Community Committee, the Licensing, Regulatory and Appeals Committees and BTAC. He is also a substitute member for Planning Committee. 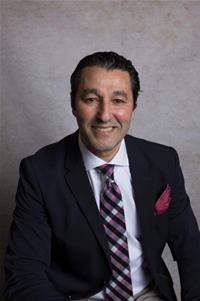