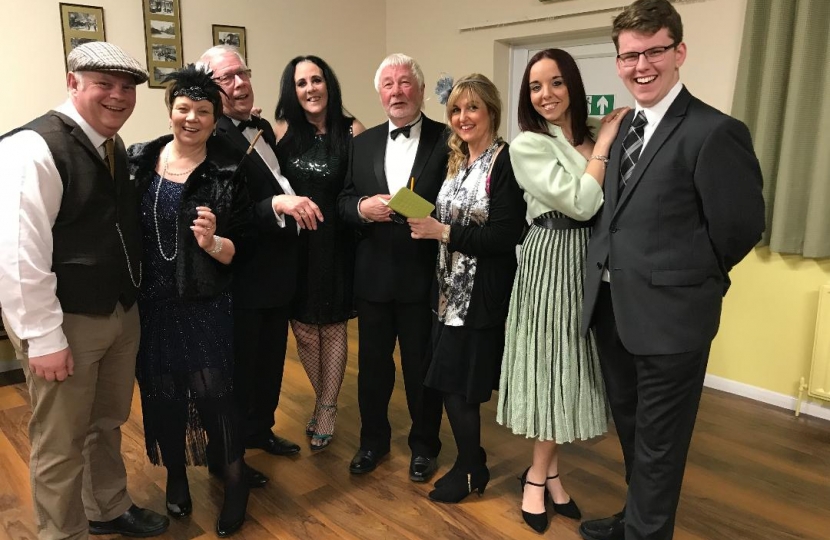 Skegness Conservatives Branch held a successful Murder Mystery Supper at the WI Hall, Burgh le Marsh. The guests had to act as sleuths to identify the murderer in a play set in the 1920s, written by Conservative member June Owen. There was a prize for the best 1920s attire, won by Cllr Sarah Devereux. Pictured are the cast of the play, which was entitled Playing the Field.